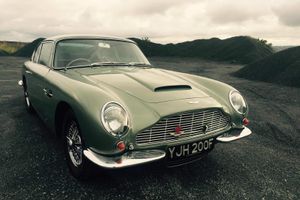 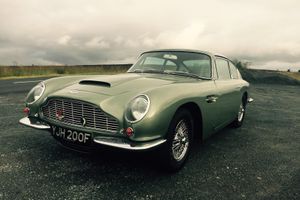 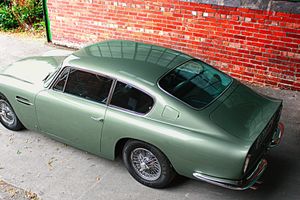 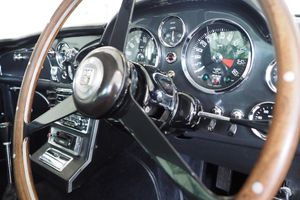 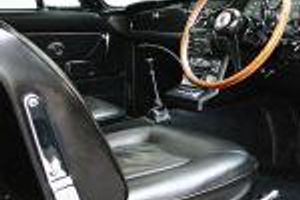 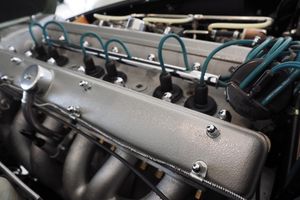 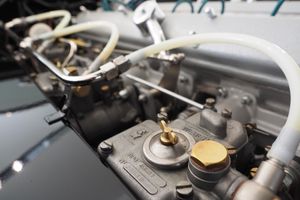 This car has a substantial history file dating back to 1980, prior to that factory build sheet from the date of manufacture. The history shows the engines rebuild at 63,044 miles in June 1980 and a gearbox rebuild at 70,612 miles in May 1981. It is unclear who carried out this work as those invoices are copies and have faded.

From April 1982 the car was maintained by Ian Mason who has a factory approved service agent who in April that year fitted a new speedometer and documents it as being 74,471 miles when the change took place.

By November 1986 the car had changed hands and is recording 8,477 miles (82,948) and now being maintained by Hyde Vale who again was approved agents.

The history shows that the car then changed hands to a Mr Rubin in July 1989 from Sotheby’s and invoices now appear from a company called J.R Etheridge who are Aston Martin specialists who still exist today.

The car was then sold to one Peter Utley in January 1991 who kept the car until July of this year. We have known the car and carried out vast amounts of work to the car since Mr Utley acquired the car some 24 years ago. This was then purchased by ourselves in July this year.

During Mr Utley’s ownership the car underwent a full structural rebuild of the chassis and body by ourselves comprising of new inner and outer shells, new chassis outriggers, jacking points, rear radius arm points and any other steel work where required to bring it up to 100% in condition.

The body was stripped to bare metal and a new pair of aluminium sills fitted with new lower wing bottoms. A new rear valance was also fitted. Anything needed to make the bodywork 100% was carried out at this time.

Following the completion of this we then carried out a bare metal respray to the highest standard in Aston Martin California sage green metallic, a correct factory colour from the period of the DB6. All bright work was also stripped and re-chromed along with new rubber seals etc.

The engine bay was not rebuilt at this time as it was viewed as acceptable by the owner although an estimate was given for its refurbishment at the time. This has now just been completed as per the photographs. A decision was made to rebuild the engine as its condition was largely unknown and we would prefer to sell a car of this quality with the knowledge that important things such as the engine are indeed 100%. This is currently undergoing a full rebuild to 4.2 litre with Cosworth Pistons, steel car rods and fully balanced. It is being rebuilt with all new valves, guides etc. to lead free specification and longer inlet valves, fully machined to be the best possible standard.

The brakes have been fully overhauled with cell rebuilt brake callipers and rebuilt servos and new brake discs, as have the water and oil cooler radiators to uprated specification.