Will's main role is as a service technician but he also does some bodywork and paintwork.

When he was younger Will spent a lot of time in his dads bodyshop learning the trade and craft but he always loved the mechanical side so upon leaving school he went on to do a full apprenticeship as a service technician. Along the way he got involved in all kinds of motorsport including competition, rallying and endurance racing. He has an ever expanding skillset from classic cars to new era.

Rallying is one of his biggest passions outside of work. He helps prep, restore and service for different people with different cars in the rallying world. He also loves to cook and bake. If he's not in a workshop, he's usually in a kitchen. He also loves to snowboard.

Other than the Classic Astons you specialise in, what would be your dream car?

“Out of the box, it would have to be an Opal Manta 400 but if I could build it, well that would be an entirely different story. ”

What do you like about working at Adrian Johnson?

“For me, it’s the wide variety of job types that we get through the door and the ability to expand on my skillset.” 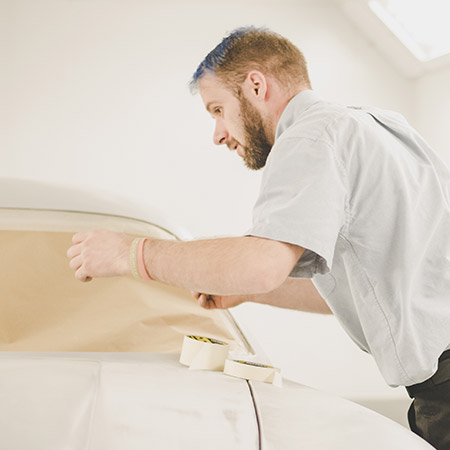