Happiest at his bench working on a engine build - we reckon he's built well over 400 Aston Martin engines and he takes much pleasure from seeing how Post Vintage has evolved into the business of Adrian Johnson, since it was taken over by his son Adrian.

Chris is well past retirement age, so we make allowances and let him have Thursdays off these days!

Other than the classic Astons you specialise in, what would be your dream car?

What do you like about working at Adrian Johnsons?

Seeing the same cars I worked on decades ago turn up back again to the workshops - often in much better condition than they were when they were in daily use and then just old interesting cars that were not particularly valuable! 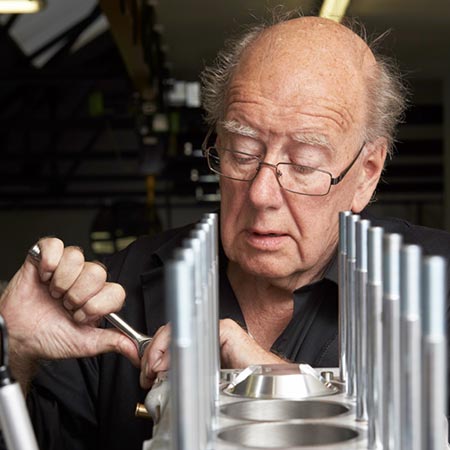